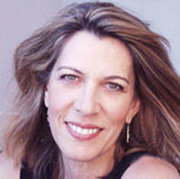 Janet Lazarus is one of the original founders of Sierra School of Performing Arts. She has been guiding SSPA and creating great theater for us since 2005.

Janet received her Bachelor of Arts degree from the State University of New York at Binghamton, and her Master of Fine Arts degree from UCLA. She has worked and performed in stage, film and/or television in New York, Los Angeles, Rome, Italy, Honolulu, Lake Tahoe and Reno. In 1988, while living and working in Los Angeles, she co-wrote and co-starred in a critically acclaimed two-woman comedy that garnered rave reviews and  was featured as a “critic’s pick” in the L.A. Times.

She has taught acting and movement classes since 1990 at various schools and colleges throughout California and Hawaii, and has taught theater, acting and stage make up classes in Reno (at UNR, Bishop Manogue Catholic School, Sage Ridge School and Doral Academy) since 2008. Since coming to Reno, she has performed with Reno Little Theater, Tahoe Players, the Nevada Shakespeare Company, and  Take 2, and  has been producing and directing Broadway Bits,  full-length classic Broadway musicals, and  youth productions for SSPA since 2005.